Do you know a good psychiatrist?

If so, there’s a woman in Arizona who desperately needs one. In fact, she might need an entire team of them.

Earlier this week, the former Arizona television personality told a small crowd at Trump’s Mar-a-Lago, “We just had such a huge movement going into election day, so to watch these people – these evil b*stards.”

“Can I say that here, is that alright? To watch them steal this in broad daylight, and if they think they are going to get away with it, they messed with the wrong b*tch, okay?”

What a classy and dignified lady! She acts like someone Arizonans can truly take pride in.

Lake lost her bid to become Arizona’s new governor by only 20,000 votes and surely would have been a formidable candidate in four years had she gracefully accepted defeat. However, her nastiness post-election might have sealed her fate for any realistic chance of holding a significant office in the future.

Some of us realized from the beginning she was dreadful but didn’t know to what extent until after the election.

“How far do you think that she can take this?” the MSNBC host pressed.

“It sounds to me like Kari Lake is kind of hoping that what happened on January 6th in Washington D.C. happens in her home state of Arizona. It sounds like someone who was unhinged, detached from reality and looking to use outward lies and conspiracy theories to incite and mobilize her lunatic followers to take action.”

“And that could have very real-world repercussions,” he cautioned. “We live in a time now where we know, rhetoric isn’t just saying something and these people don’t act on it. We have seen time and again that the most ardent supporters of these conspiracy theory-driven-type people: they take their words as marching orders and they act on them. The results can oftentimes result in violence or death, mayhem.”

“It just sounds like she is hoping and egging something like that to happen in Arizona,” he continued. ” And it is incredibly irresponsible and frankly, every Republican needs to be speaking out and denouncing this.”

She’s quite detached from reality.

Lake shouldn’t be in a Governor’s Mansion or even close… She needs to be institutionalized. 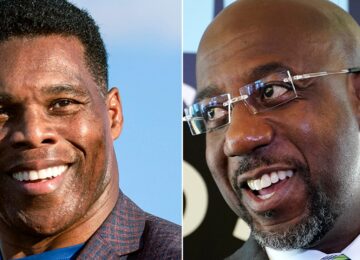 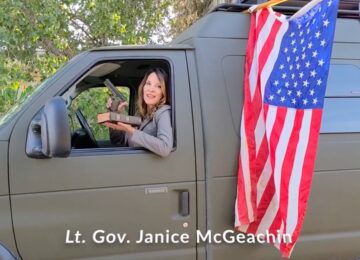 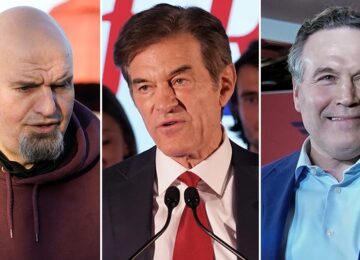