It always seems like you have two opponents… The scale and the guy you’re fighting.

Are you having trouble losing those few extra pounds?’

Perhaps you are not drinking enough water?

Researchers have found drinking healthy amounts of water helps you burn more calories throughout the day.

So how can good ol’ H20 trigger weight loss?

Several studies have found that drinking water (about 17oz) can increase your metabolism by roughly 30 percent for 30 – 40 minutes in healthy men and women.

… And the boost in metabolic rate usually occurs 10 minutes after consumption.

So is there an ideal time to drink water?

Research also suggests that one or two glasses of water before a meal is optimal for weight loss for middle-aged and older adults.

In at least two prominent studies, overweight subjects on low-calorie diets who drank at least 2 glasses (17 oz) of water before meals lost 40-44% more weight in a 12-14 week period than subjects who didn’t partake in the pre-meal water consumption.

That may not seem like much, but given most adults gain one to two pounds a year over a lifetime, consuming fair amounts of water may keep you from getting that ‘middle-aged spread’ we’ve seen impact so many of our previously-thin and trim friends and family members.

So how does this happen?

Drinking water induces thermogenesis, a process in which the body must burn calories to warm the water up to body temperature; But there’s something even more significant than thermogenesis.

How about replacing all of that juice, sweet tea, beer, and (non-diet) soda you typically consume with your meals with good old-fashioned, calorie-less water?

In addition to the aforementioned calorie-burning effects of drinking water before meals, making H2O your primary drink of choice may help reduce your daily intake by as much as 100 to a whopping 600 calories. And such a switch “may” result in quicker, more significant reductions in weight.

In 1994, then former light heavyweight champion (175 lb) ‘Prince’ Charles Williams, in order to secure a nationally-televised, big-money showdown with 168 lb sensation James Toney, was tasked with losing an additional eight pounds to make weight for his new division.

Thirty-two-year-old fighters typically don’t move down in weight class and Williams was, as a light heavyweight, already an athletic specimen to begin with.

So how did he lose the weight?

Instead of starving himself and putting his body through added, hellish rigors in training, he stated he simply dropped his soda habit, and the weight melted off.

For 11 rounds, a leaner, surprisingly strong ‘Prince’ Charles Williams, left, fought on even terms with then Top 5 pound-for-pound sensation James Toney before being blasted in Round 12.

Williams came in at a svelte 167 1/2 lbs for that bout and his ability to make weight was never in doubt.

Are you an overweight current or former fighter trying to get back in shape? Or are you a fighter, or simply an average person, who wants to remain in the same weight class for years to come or shed those last 5 unwanted pounds?

If so, the above strategies may prove beneficial. 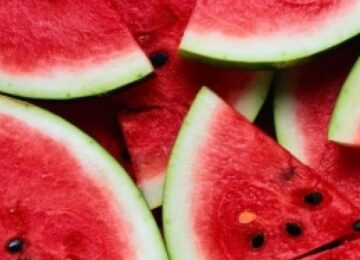 Watermelon: The best food for hungover fighters?
We use cookies on our website to give you the most relevant experience by remembering your preferences and repeat visits. By clicking “Accept All”, you consent to the use of ALL the cookies. However, you may visit "Cookie Settings" to provide a controlled consent.
Cookie SettingsAccept All
Manage consent