web stats Is Donald Trump headed to prison? We probably won't like the answer - FightSaga
Skip to content

To say former U.S. President Donald Trump is a criminal would be an understatement.

From campaign finance crimes and coverups to obstruction of justice to election interference, insurrection, and stealing top secret military information, Trump, as of November 2022, has been credibly accused of committing over 50 criminal offenses since he launched his campaign for president in 2015.

Of course, that doesn’t include charges such as rape and tax fraud, alleged criminal acts he engaged in prior to 2015.

So, will Trump finally go to prison?

In his article published earlier today, Is Donald Trump Headed To Prison? You Might Not Like The Answer, Kelly stated, “There is a widespread cultural and legal expectation that ex-presidents are not charged, much less imprisoned. Indeed, if Trump went to jail, that would be unprecedented… If previous presidents, even Nixon, did not go to jail, then why should he?” (Although Nixon’s crimes were child’s play compared to Trump’s)

“US presidents are usually given wide latitude in their behavior, and there has been a general consensus not to pursue them after their presidency.”

Kelly made some fine points as no current or former president has realistically come close to receiving jail time. In fact, the thought of a U.S. president going to jail is almost unfathomable.

And let’s face it, Trump’s illegal use of the White House for personal gain and his directing federal business toward his hotels was probably not unprecedented as we can probably find a few presidents who used their position to obtain leverage in private business affairs.

HOWEVER, the insurrection charge is major – And unprecedented. Trump appears to have violated his Oath of Office in a big way. If almost anyone else had done that, they would have been hit with at least 35 years in prison.

Nevertheless, prison is, even more, less likely for Trump due to the stranglehold he has over millions of Americans. Despite prosecutors having all of the evidence in the world to prove Trump’s guilt and convict him, upwards of 40 million Americans would go berserk if their “Fuhrer” went to jail. Many of them would die to save Trump. And, yes, the backlash could come in the form of domestic terrorism complements of the MAGA faithful.

When or if Trump faces sentencing, the possible public ramifications of giving him jail time will certainly be taken into account.

Perhaps the immediate focus should be on making sure he can never run for ANY public office going forward.

But, if there’s any president who deserves jail it’s far and away Donald Trump.

Kelly, in his article published earlier today, accurately concluded, “If Americans find they have had enough of assumed presidential immunity, then Trump and his many abuses of power, culminating in an effort to subvert an election, would be a good place to start changing that norm.” 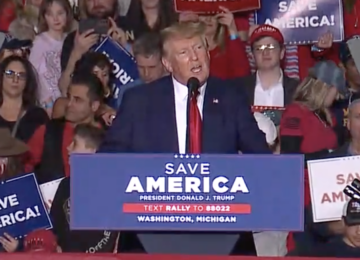 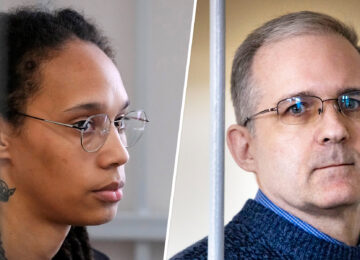 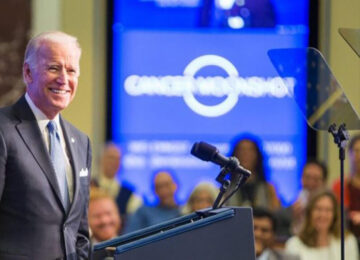 Biden vs Trump today: Why poll suggests nothing new