web stats 'I wear a thong bikini around my toddler son' — Should moms have a dress code when with their kids? - FightSaga
Skip to content

Previously reported by the New York Post, Krysta Feth raised a few eyebrows when she took to TikTok last week to share a racy video that showed her in a thong bikini while holding hands with her son who looks to be about three.

It has over 5 million views because it’s controversial; some like it and others are outraged by it.

Should she be dressed like that in front of her little boy?

The big-booty woman insists there should be no rules for how moms dress around their children.

A mother of four, she left little to the imagination when she bent over. And in the immortal words of Sir-Mix-A-lot, “Baby Got Back” indeed. However, is it appropriate to show that much skin in front of your kids?

“I’m a homeschooling, crunchy, natural momma who’s built my entire existence around my children,” she stated. “I just also happen to be incredibly comfortable in my own skin.”

”I doubt my son will ever think to tell a woman what she should wear. He’s got a momma and 3 sisters,” she said. “Lord knows I’m not for everyone and don’t care to be.”

My Opinion: Experienced feline experts can quite easily raise baby tigers as pets. And like their adult counterparts, tiger cubs get hungry, angry, and agitated; but, unlike full-grown tigers, they don’t pose much of a threat to adult humans, especially those with experience. However, what’ll happen when that cute little pet tiger grows up?

Maybe it’s not a big deal for a woman to don a thong around her toddlers in private. After all, a lot of moms still take baths with their 1,2,3, and 4-year-old kids. Those toddlers are like pet tiger cubs and are too young and innocent to understand what they’re looking at and are still inhibited hormonally.

When I was four years old and with my mom in public, she’d take me to the women’s bathroom. It wasn’t a big deal. Back then, I hardly knew the difference and, quite frankly, didn’t care.

The problem, as I see it, is bearing THAT much skin around 10,11, and 12-year-olds who are starting to understand what’s what. A mother with that kind of body could quite easily arouse her 13-year-old son (gross) and negatively change the way he and an adolescent daughter view her.

Regardless of whether you’re a man or woman, the bar is raised a little higher when you have kids. When you become a parent, there are responsibilities and expectations you didn’t have when childless. And “toning it down” in their presence is part of it.

A mom who’s vacationing with her family at the beach shouldn’t feel bad about donning a “classy” bikini that shows off her curves, but wearing a thong – or practically nothing – around older children, such as teens and pre-teens, is just too suggestive and not a good look.

In fact, a mom still probably shouldn’t dress that way if she’s with her “toddlers” and plans to be in a very public setting.

Please share your thoughts as I’m open to disagreement.

The video is below.

@krysta_feth I get a lot of comments about what kinda mom I must be dressed the way I do. I’m a homeschooling, crunchy, natural momma who’s built my entire existence around my children. I just also happen to be incredibly comfortable in my own skin 🤙🏼 #fyp #foryou #foryoupage #alberta #canmore #canada #mom #healthy #nodresscode #imnotcool ♬ original sound – forgotten00s 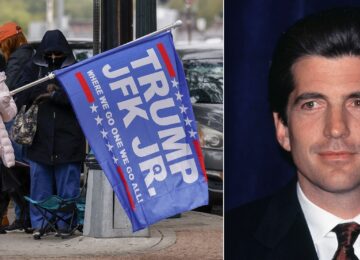 Cop pulls gun on passenger for no reason (Video)