The Cowboys, of course, are coming off of a terrible performance yesterday against a short-handed Washington Commanders team. Ironically, it was the latter that had nothing to play for as Washington had been eliminated from playoff contention the previous week. The Cowboys, on the other hand, entered the game with a chance to win the NFC East and, at the very least, an opportunity to improve its playoff seeding.

In the end, Dallas was trounced 26-6 by a team that gave them ample opportunities to win, even boldly starting a rookie quarterback who was making his NFL debut.

Dallas will limp into the postseason losing 2 of its final 4 games overall. As a result, some predict a mild Tampa Bay upset. And yes, Tampa quarterback Tom Brady is 7-0 versus the Cowboys. And yes, Tampa had won two straight prior to their meaningless loss to the Falcons on Sunday – a game in which the Buccaneers chose to rest most of their starters.

So, do any of the above details change your Dallas vs Tampa Bay prediction?

Look for Dallas to win and cover the spread.

1- Every team, even the good ones, will lay an egg on occasion and Dallas certainly did that on Sunday. They were dreadful. Fortunately for them, it happened in a game without season-ending repercussions. Now that they’ve gotten “the ugly one” behind them, they can move on, make a few adjustments this week during practice, and come out firey against the Buccaneers.

Remember: In 2008, the eventual Super Bowl Champion Pittsburgh Steelers, one of the AFC’s top seeds at the time, lost 31-14 to the Tennessee Titans in Week 16 in a game where the conference’s top seed was still at stake. These things happen.

2. Last week, Washington started new players at quarterback and (primary) running back as well as in a few other positions. As a result, there was no film on those players for Dallas to study. And while that’s certainly no excuse for the Cowboys’ performance, it might help explain why a “bad” game turned out to be an “awfully bad” game for them. You prepare for “A” and are given “B.”

3. Unlike the Cowboys who played fine football most of the regular season, Tampa Bay hasn’t been nearly as consistent. In fact, their second half against the Bengals on December 18 was one of the worst second-half performances by an NFL team I’d seen in quite some time.

And let’s face it, they’re only 7-9 and there’s nothing to indicate they’re peaking. Had they’d won 6 of their last 7, different story. But, even excluding their meaningless loss on Sunday, the Bucs are just 3-3 in their previous six games.

4. Even after scoring just six points against the Commanders yesterday, Dallas will end the season averaging 27.5 points per game, 4th in the NFL behind the Chiefs, Bills, and Eagles. They’re used to scoring a lot of points and are certainly in good company with that stat. Tampa averaged just 18.4 points per game.

And defensively, the Cowboys finished 5th in the league, allowing an average of just 20.1 points per game. Tampa averaged just one more point at 21.1, but the Dallas defense just seemed to be playing at a higher level most of the year.

And in turnovers, Dallas finished at +10 while the Bucs were -2, suggesting the former is more likely to force its opponent to make mistakes than vice versa.

Tampa is a solid team but some (unusual) things will have to go its way in order for them to win because Dallas is deeper, talent-wise, and has played at a high level more consistently.

Come Monday night, the Cowboys will have too much firepower, offensively, and will be chomping at the bit to redeem themselves from Sunday’s embarrassment. 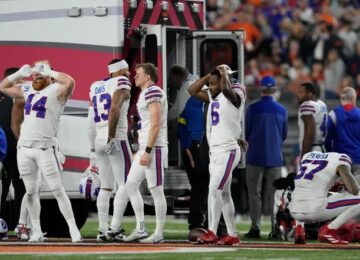 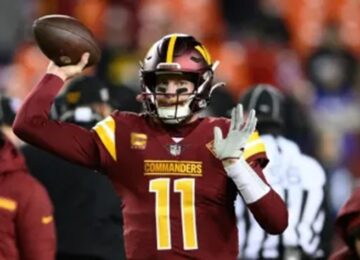