If you’re not a heavyweight boxer, making weight can be a brutal, worrisome, and time-consuming experience for a professional fighter.

… As if boxing, itself, isn’t tough enough.

Millions of Americans fight the ‘Battle of the Bulge’ daily while pro boxers and other athletes are constantly looking for ways to minimize weight gain and maintain the desired size for optimal fitness levels.

Your metabolism, or the rate at which your body burns energy (calories), is partially determined by genetics, age, and exercise.

And while physical activity, such as jogging and resistance training is, by far, the best way to boost your metabolism, it’s not the only way.

Did you know many scientists believe some food can speed up the rate at which your body burns calories?

Eating spicy foods often, for example, can give your metabolism a jolt because they contain chemicals that promote heat generation.

And since your body more easily burns far more calories from foods high in protein than it does foods high in fat or carbohydrates, incorporating lean, protein-rich foods, such as turkey beans, eggs and low-fat dairy products, can aid in weight loss.

Here are ten food types that, if incorporated into your diet daily, may boost your metabolism and increase weight loss:

Egg Whites – As outlined above, foods high in protein are believed to be able to boost your metabolism.

Lean meat, fish, and lentils – Deficiencies in iron can slow metabolism and lean meat provides a lot of iron. About 1 in 5 women is iron deficient. Just a cup of lentils daily can provide 35 percent of your daily iron needs. If you’re not a fan of lentils, try loading up on chicken (not KFC-style) or fortified cereal.

Water – Drinking good ol’ fashioned H20 induces thermogenesis, a process in which the body must burn calories to warm the water up to body temperature. Several studies have found that drinking water (about 17oz) can increase your metabolism by roughly 30 percent for 30 to 40 minutes in healthy men and women.

Coffee/ Hot Tea – According to a study published in Physiology & Behavior, the average metabolic rate of people who drank caffeinated coffee was 16 percent higher than decaf drinkers. Caffeine is a central nervous system stimulant and, as result, may have similar metabolism-boosting qualities.

Green Tea – Yes, this is a dark horse that may often get overlooked. But research suggests Green Tea contains EGCG, a plant compound that promotes fat-burning.

Whole grains – Whole foods rich in fiber, such as brown rice and oatmeal, may aid your body in the metabolism-boosting process. As opposed to processed grains (such as white bread and pasta), whole grains are harder to break down, forcing your metabolism to work at a higher rate.

Brussels sprouts – Research suggests Brussels sprouts, which are low-calorie and fat-free, would be wise a wise addition to your daily diet because they increase the body’s production of adiponectin, a natural fat-burning hormone. Elevated levels of adiponectin are also believed to promote muscle efficiency.

It’s important to remember there is no magic bullet for weight loss and you will not lose weight by occasionally sprinkling hot sauce on your potatoes. In order to lose weight – and keep it off – one must usually exercise and consume the right foods on a consistent basis. 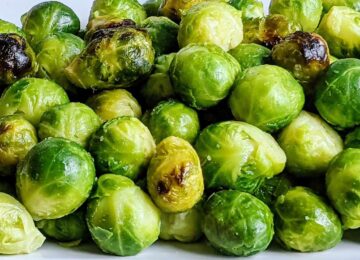