The epic February 1990 heavyweight championship fight between Mike Tyson and Buster Douglas resulted in one of the biggest upsets in sports history.

Douglas, considered a journeyman of sorts by many, would knock out Tyson who was deemed invincible at the time.

How big was the Tyson vs Douglas upset?

Only one casino even posted odds on the fight as most bettors believed the match-up wasn’t competitive enough to justify a betting line.

Tyson vs Douglas was a one-sided whoppin’ from start to finish, but the wrong guy was administering the beating.

Not surprisingly, there had been rumors of Tyson’s eventual demise in the weeks leading up to the Douglas fight but almost everyone assumed that even a poorly trained, unfocused version of Mike could knockout Douglas.

Who cared Tyson, now a 23-year-old wealthy mainstream athlete, had surrounded himself with inexperienced trainers and ‘yes’ men and wasn’t training as he should have?

And who cared he reportedly looked sluggish when sparring, and was famously floored by Greg Page in a media workout weeks prior to the Douglas fight?

Even then, we ignored the signals.

And when a soft version of a very disinterested-looking Tyson stepped into the ring to face a motivated Buster Douglas in Tokyo, we still believed the challenger wouldn’t last three rounds. But Douglas controlled the fight from the opening bell, working behind a strong jab on the outside and tying up Tyson whenever the champion got inside.

In Round 2, Douglas started to tee off, landing hard uppercuts and combinations. Buster didn’t merely win the round, he dominated it.

The Douglas onslaught ensued round after round as Buster repeatedly shook Mike with hard, precise shots while the sluggish champion, exhibiting sloppy footwork and a porous defense, couldn’t mount a meaningful attack thanks to the challenger’s trigger jab and superior timing and elusiveness.

To the complete and utter shock of those who knew what they were witnessing, the fight was turning into a blowout and it was abundantly clear Tyson, whose left eye was completely closed and badly swollen by the end of Round 7, would need to do something spectacular to change what appeared to be an inevitable outcome.

Tyson vs Douglas Round 8

A faded, desperate, one-eyed fighter, Tyson tried to assert himself in the early stages of Round 8, unleashing wayward uppercuts and hooks that failed to find the target. Douglas, on the other hand, kept working behind his brilliant jab and pounded away, occasionally dropping a hard right or uppercut after the jab.

As the round closed, Douglas staggered Tyson again with a right hook. The champion, now appearing wilted and unable to offer a meaningful return, could do nothing but hold on for dear life. Then, an overconfident Douglas pitted his weakened foe against the ropes and lazily leaned in to deliver more punishment, nonchalantly and with his face well-exposed.

An exhausted Tyson saw the opening and managed to uncork a short, powerful uppercut that snapped Douglas’s head back and sent him reeling to the canvas.

Douglas, while lying on the floormat, punched the canvas in frustration, made eye contact with the referee, and wisely took a full eight count before rising. The round immediately ended, and the fighters walked back to their corners. At no time did Douglas stagger or wobble or give any inclination he was seriously hurt by the punch.

Invigorated by the knockdown, an aggressive Tyson swarmed Buster at the start of Round 9. Undaunted, the challenger fired back, hurting Mike with a series of hook combinations about 30 seconds into the round.

It was clearly evident Douglas was OK and the far fresher and sprier of the two.

With about 70 seconds left in the round, Douglas rattled Mike again, sending him staggering back into the ropes. Douglas pounded Tyson, who looked to be on the verge of getting stopped, with hard shots for the remainder of the round.

It’s safe to say the fight was close to being stopped at the end of Round 9. In fact, it probably would have been if Tyson were anyone else. Mike, entering the ring as a dominant, undisputed champion and international icon, would deservingly get the benefit of the doubt.

When Round 10 started, it was all academic. Tyson would try to no avail to land a few haymakers at the start of the round but Mike was so tired and compromised at this point, that those shots wouldn’t have the desired effect.

One minute into the round, a composed Douglas landed a crashing uppercut that stopped Tyson in his tracks followed by a flurry of power shots that put Mike down for the count.

And just like that, Douglas had orchestrated the biggest upset in boxing history.

The day after the fight, controversy erupted when Tyson’s promoter, Don King, insisted Tyson vs Douglas be changed to a No Contest because Douglas had been down for more than 10 seconds following his visit to the canvas in Round 8.

Hence, King argued Tyson KO’d Douglas before Buster KO’d Mike. And even 30 years later, Mike will insist he was cheated out of a victory.

Yes, Douglas had been on the canvas for about 13 seconds (3 seconds more than the maximum required to register a knockout) due to a slow count, but the referee’s count is always official, not someone’s stopwatch.

Second, the argument is moot because anyone can see the precious few extra seconds Douglas received probably benefitted the exhausted Tyson more than Douglas who appeared lucid before, during, and immediately after the knockdown.

Buster’s subsequent actions proved he was in no way seriously hurt by Tyson’s uppercut so that time was meaningless. Moreover, fighters are often advised by their trainers to not stand up quickly in the event they are knocked down. A trainer would rather see their fighter take a blow and use as much of the count as possible to rest a bit and access the situation before rising.

Even if Douglas benefitted from the extra few seconds (and he didn’t), the referee’s count is still the official one and fighters are instructed to listen to the referee and react accordingly.

Mike Tyson was not robbed any way you slice it.

Tyson lost because he was woefully ill-prepared for the assignment that evening while Douglas was in great shape, focused, and fiercely motivated.

The writing was on the wall. No one saw it coming because Tyson was so awesome and Douglas was thought to be a few notches below the champion.

Douglas was a solid fighter but wasn’t a mainstream name nor did he boast a pristine record or any amazing feats prior to facing Tyson.

We – and perhaps Tyson himself – were wrong. 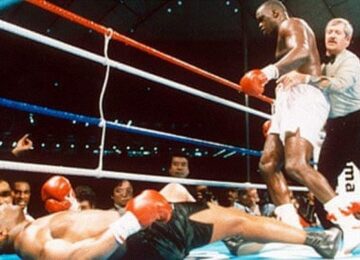 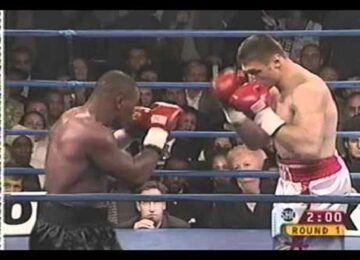 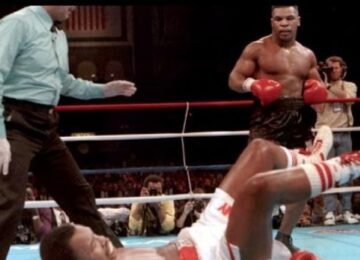 Tyson vs Holmes: How Don King stacked the odds for Iron Mike 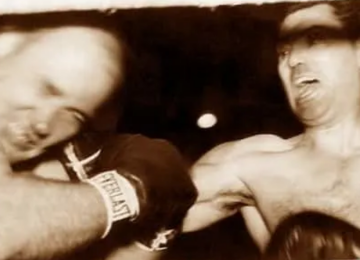 Jack Dempsey faces wrestler in first-ever crossover bout? (Brutal video)
We use cookies on our website to give you the most relevant experience by remembering your preferences and repeat visits. By clicking “Accept All”, you consent to the use of ALL the cookies. However, you may visit "Cookie Settings" to provide a controlled consent.
Cookie SettingsAccept All
Manage consent