Over the last ten years, there has been a lot of discussion about growth hormone (HGH or simply GH), especially in the areas of bodybuilding, combat sports, and American football.

Moreover, a few star baseball players have admitted using growth hormone, including former home run king Mark McGwire, and one could surmise many actors and actresses use it to buff up for movie roles.

What is HGH?
Growth hormone is produced naturally in the pituitary gland and is responsible for cell growth and regeneration. Simply put, one could not build muscle mass without it.

Human growth hormone, in synthetic, injectable form, was developed in 1985 and approved by the FDA as a prescription drug for medicinal purposes such as Chronic kidney insufficiency and HIV/AIDS.

So what’s all of the buzz about? Everyone knows the anabolic, performance-enhancing effects of steroids. What makes HGH any different?

What has made HGH so attractive to pro athletes is its detectably, or lack thereof. Unlike steroids, growth hormone doesn’t show up in urine tests.

The average person probably has slightly under 5 nanograms per milliliter circulating in their blood. Levels of HGH peak during puberty and plummet between the ages of 21 and 26. As a result, this drug is particularly of interest to people looking to gain an edge, cosmetically.

There’s no question that HGH can help one build muscle and reduce fat – But what about athletic performance?

There are conflicting views on whether HGH, which is banned in Olympic competitions, can make a good athlete a ‘great’ athlete but most indicators tell us it is, in fact, a performance enhancer.

Results from an intense, high-profile 2010 study concluded the ban on growth hormone in sports was justifiable. Although the study found increases, at ‘average doses,’ strength, power, and endurance to be practically slim to none, there was a notable increase in explosiveness.

With the benefit of HGH, a well-conditioned could expect to shave off about half a second in a 10-second sprint over 100 meters.

That may not seem like much but that little time “divides the winner from the last-place finisher,” said Dr. Ken Ho, who led the study at the Garvan Institute of Medical Research in Sydney.

There are a few caveats to that test. For starters, elite athletes were not used. And secondly, for ethical reasons, the subjects used smaller doses for a shorter time than the presumed, typical illegal user.

Greater doses for longer periods may have resulted in more serious side effects. Keep in mind, that the subjects were only volunteers and not pro athletes.  Those in the study who received HGH were more likely to experience swelling and joint paint versus those who received the placebo. Obviously, side effects are thought to be more serious in higher doses.

So is HGH performance-enhancing?

HGH, at average to slightly above normal doses, may not have the jaw-dropping performance-enhancing attributes of the typical anabolic steroid and may not turn you into The Incredible Hulk or Superman. Moreover, human growth hormone alone probably wouldn’t make an ordinary fighter a superstar world champion BUT “may,” in some ways, enable a great old fighter to turn back the clock.

In addition, at average doses, HGH can be highly beneficial for an elite pro athlete 22-35 where that tiny boost in explosiveness can make all the difference at the highest levels in sports.

There’s no question a 25-year-old fighter can attain abnormally high levels of HGH by injecting himself with the synthetic version of the substance – And that is cheating. But what about the 46-year-old who simply wants to raise himself to the level he once enjoyed at 25? Should we consider it cheating if his level of HGH is the same unnaturally as his younger opponents is naturally?

The question will be posted in another article… 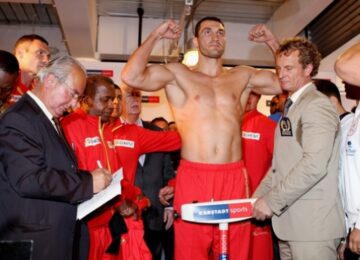 When and how to weigh yourself 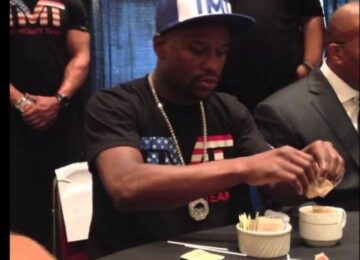 Coffee and weight loss: Java before workouts boost the metabolism 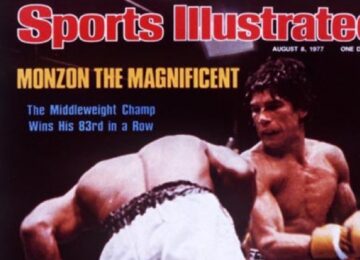 Cigarettes and boxing: An all-time great was a serious chain smoker? 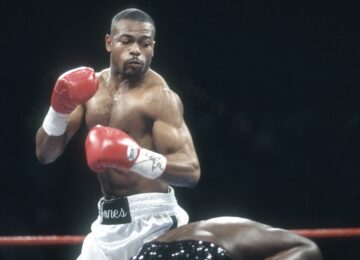 How to increase hand speed (+ VIDEO)
We use cookies on our website to give you the most relevant experience by remembering your preferences and repeat visits. By clicking “Accept All”, you consent to the use of ALL the cookies. However, you may visit "Cookie Settings" to provide a controlled consent.
Cookie SettingsAccept All
Manage consent