Sylvester Stallone was a brave guy back in the day.

A few years ago, TMZ caught up with Stallone who recounted his late 1970s pseudo rumble with then-top 5 pound-for-pound fighter in the world, Roberto Duran.

When asked if he thought he could hold his own in a ring session with then-49-year-old fight legend Bernard Hopkins, who was fighting on HBO that weekend, Stallone replied:

“No. I learned my lesson from Duran.”

“Professionals and [acting] are two different things,” Stallone uttered … “I kind of interpreted it.”

Allegedly, a brave Stallone stepped up to the lightweight legend – and paid a price.

But did he really learn his lesson?

According to Ralph Wiley, currently or formerly of ESPN, Stallone’s next… er… the victim was an over-the-hill former top-five heavyweight contender known for his legendary punching power.

Is it true? Was the fearsome-punching Earnie Shavers almost Clubber Lang in Rocky 3?

Here’s a recount, as delivered by Mr Wiley of ESPN.

“Got a call and went out to try out for this part in ‘Rocky,’ the Mr. T Rocky, I think,” stated the heavyweight tough man.

“Got out there and got put up in a good hotel for a change.”

“Then got in the ring with Mr. Stallone. He’s not a real tall fellow, is he?”

“Well, it don’t matter. Anyway we were circling”

“I was pulling my punches. He said, ‘Don’t hold back, Earnie. Hit me.”

“I could’ve, but I wanted that job, and I didn’t think that would help me get it. But he kept on pushing me, saying, ‘C’mon, show me something,’ and sort of hitting me, sort of.”

“Finally, I said, ‘OK,’ and I give him a little one under the ribs, where the livers of boxers are. Don’t know about actors. If they got livers, they probably are in the same place.”

“Anyway, Mr. Stallone called time — he didn’t say nothing, just kinda doubled over a little bit and sort of just waved his hand — and then somebody helped him out of the ring, and to this bathroom or somewhere, and he sent word out later that they couldn’t use me.”

“It was like what they call an audition, and I guess I blew it.”

Sylvester Stallone must have been a literal real-life Rambo – Did he really ask THE Earnie Shavers to not hold back?

He later said, “That nearly killed me. I went straight to the men’s room and threw up”.

Stallone was bigger than Duran, who was a lightweight at the time, so it’s understandable why Sly might have wanted to test his mettle against a smaller man… But Earnie was a heavyweight – and a monstrous puncher.

Earnie, by this time, was a bit past his prime but at 36 or 37 he could still bang. Reflexes may go, but an aging fighter retains his power years after his skills are no longer elite.

Heavyweight legend Larry Holmes said of Shavers, “Earnie hit me harder than any other fighter, including Mike Tyson.”

Heavyweight tough man Randall “Tex” Cobb, known for his ability to absorb punishment in the ring, once stated, “Earnie could punch you in the neck with his right hand and break your ankle.”

Muhammad Ali: “Earnie hit me so hard, it shook my kinfolk back in Africa.”

Ron Lyle on Shavers: “Hey man, that’s the hardest I’ve ever been hit in my life. And George Foreman could punch, but none of them could hit like Earnie Shavers did. When he hit you, the lights went out. I can laugh about it now, but at the time, it wasn’t funny.”

In 2003, Shavers was ranked number 10 among boxing’s greatest punchers in history by The Ring. Among boxing experts, he is widely considered one of the hardest punchers of all time. 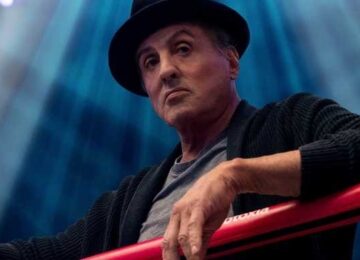 Does Rocky die in Creed 3? Yes and no 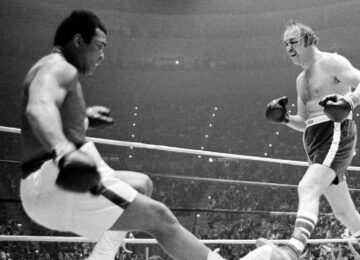 Ali vs Wepner (1975): The punch that spawned ‘Rocky’ 45 years ago
We use cookies on our website to give you the most relevant experience by remembering your preferences and repeat visits. By clicking “Accept All”, you consent to the use of ALL the cookies. However, you may visit "Cookie Settings" to provide a controlled consent.
Cookie SettingsAccept All
Manage consent