As failed Arizona GOP gubernatorial candidate / MAGA conspiracist Kari Lake continues to protest her gubernatorial defeat in court (which she has no chance of winning), Public Policy Polling’s (PPP) poll earlier this week gave us an early glimpse of what could happen in the 2024 Arizona Senate race.

Given incumbent Senator Kyrsten Sinema’s recent decision to leave the Democratic Party and become an Independent, there could very well be a three-way race for her seat in 2024. And should it happen, crazy Kari could actually be the favorite to win.

“Fresh new Arizona numbers!” PPP, a Democratic Party-affiliated firm, tweeted on Thursday. “In a three-way race, Kyrsten Sinema would get just 13% to 41% for Kari Lake and 40% for Ruben Gallego.”

And Lake vs Gallego head to head was a virtual tie with the Democrat edging the former TV correspondent 48 to 47 percent.

Simena versus Lake was also a toss-up with the latter besting the incumbent by 3 points with nearly 20 percent of the respondents undecided.

It’ll be interesting to see how both parties handle the Sinema enigma. Don’t be fooled by her 13 percent tally in the aforementioned three-way poll because she’d have some strong advantages in a two-way race verse a Democrat or Republican.

If you’re the Arizona Democratic Party, you should think long and hard before nominating a candidate to run against her. Although she’s not in good graces with Democrats these days, she caucuses with them and is certainly much better to have in that seat than a Republican, especially one like crazy Kari who is pro-MAGA.

Moreover, as an Independent and with Democrats’ support, she would also get support from moderates as well as voters not aligned with a major party and would surely beat any Republican hands down.

That stated, if you’re the Arizona Republican Party, you should also think long and hard before nominating a candidate to oppose Sinema … IF Democrats proceed with trying to unseat her. For you, Sinema is preferable to a left-leaning candidate who’ll vote with Democrats 80 or more percent of the time.

And, given your party’s poor performances in statewide races there the last four years, Sinema might be your best alternative at the moment. Head to head, she’d match up well with any Democrat because she’d carry the conservative vote as well as a good portion of moderates and independents.

But, in a three-way race, all bets are off. Yes, Sinema would be crushed but the voting threshold needed to win would drop.

Unlike Georgia, where winners must receive more than 50 percent of the vote, a candidate for U.S. Senate in Arizona simply needs the most votes in order to win. And while Lake certainly isn’t the strongest candidate head-to-head, she has the largest base of (unwavering) supporters. In a three-way race, Lake would still receive a solid 40 to 42 percent of the vote because Arizona’s MAGA faithful would be fully behind her.

So while MAGA would rally around Lake, the 60 percent of remaining voters would likely be split between the Democratic candidate and Sinema, causing real terror for Democrats.

If Democrats aren’t careful, Lake could quite conceivably win that seat should she decide to run.

Should Democrats attempt to unseat Sinema, they must nominate a very strong, very likable moderate with a bit of crossover appeal – a candidate similar to Arizona’s other representative in the U.S. Senate, Mark Kelly. 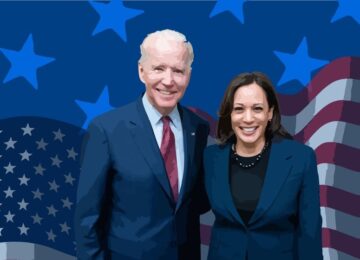 2024 Presidential Election Map: Why it will be close, no matter what